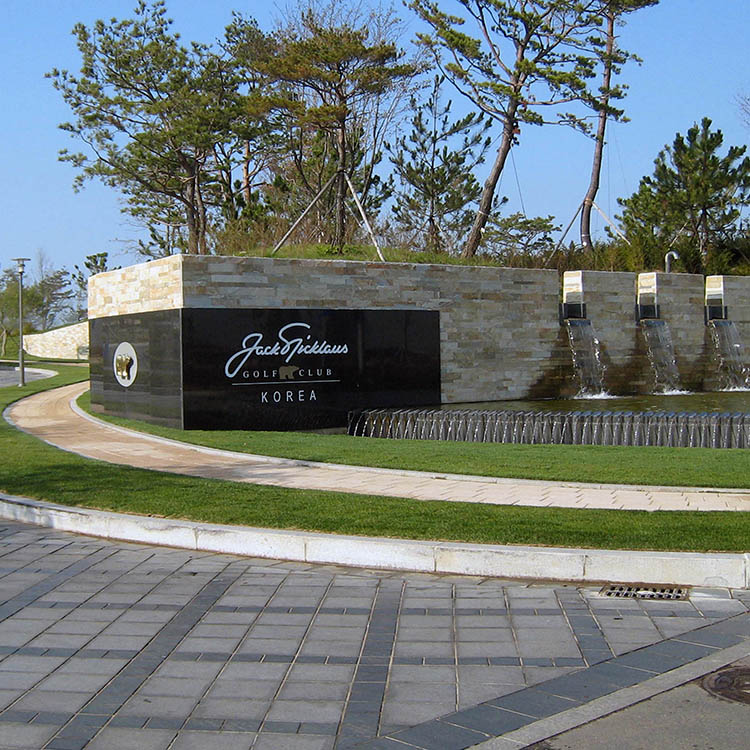 Lorenc+Yoo developed a gateway entrance feature and a wayfinding and identity program for the golf course and surrounding resort community. The aim of the project was to create an intuitive wayfinding system for visitors, as well as cultivate an environment that combined Korean traditionalism with modern Western design elements. The fountain feature includes traditional Korean stone and patterning along with an accent of black granite at the base. Lorenc+Yoo also developed a street naming and address system for the resort, along with corresponding signage on streets and the course itself. The system is understated, using local stone and metal fins to anchor signage pieces into the ground. Nicklaus’s golden bear logo appears subtly on signage throughout the facility. 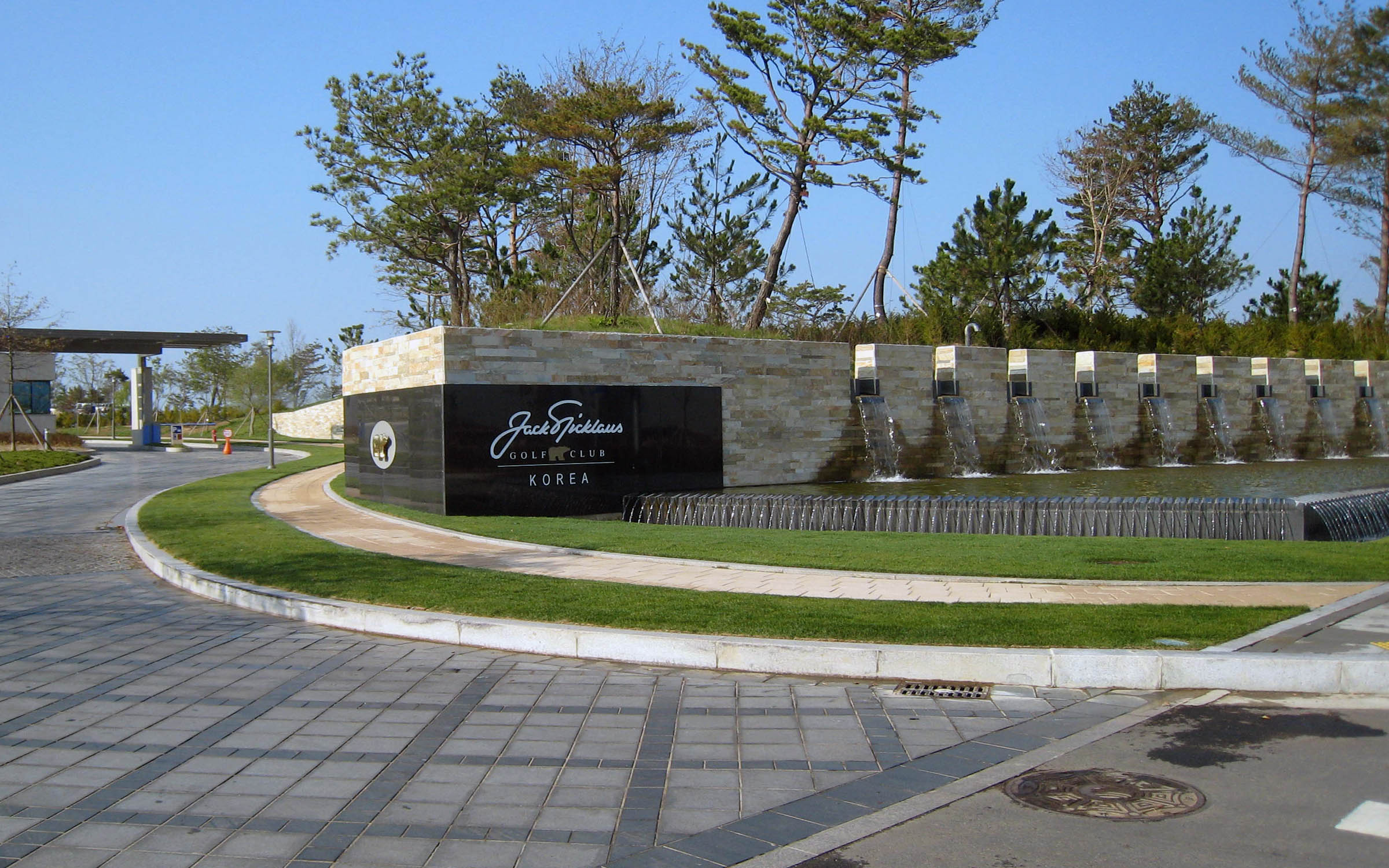 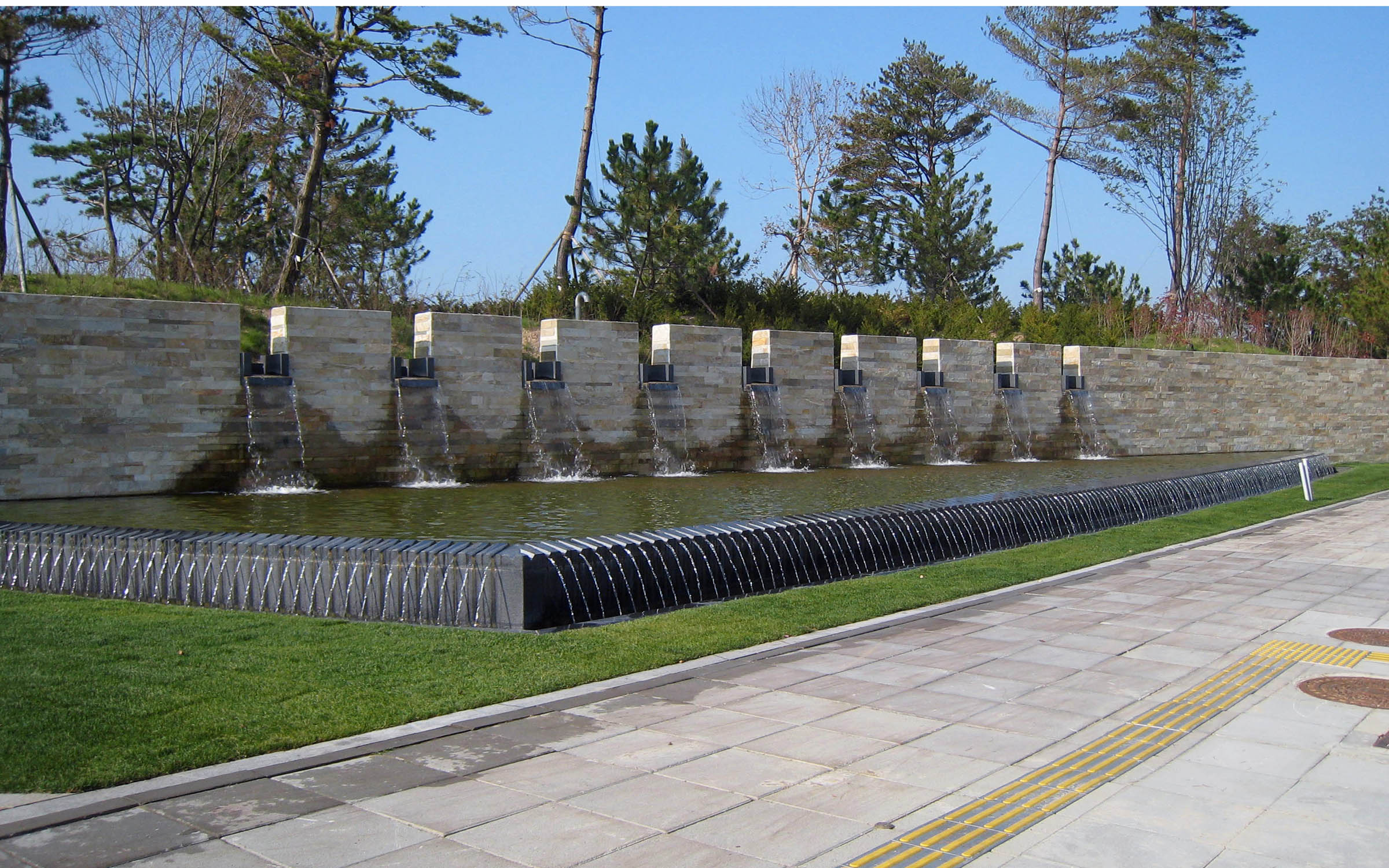 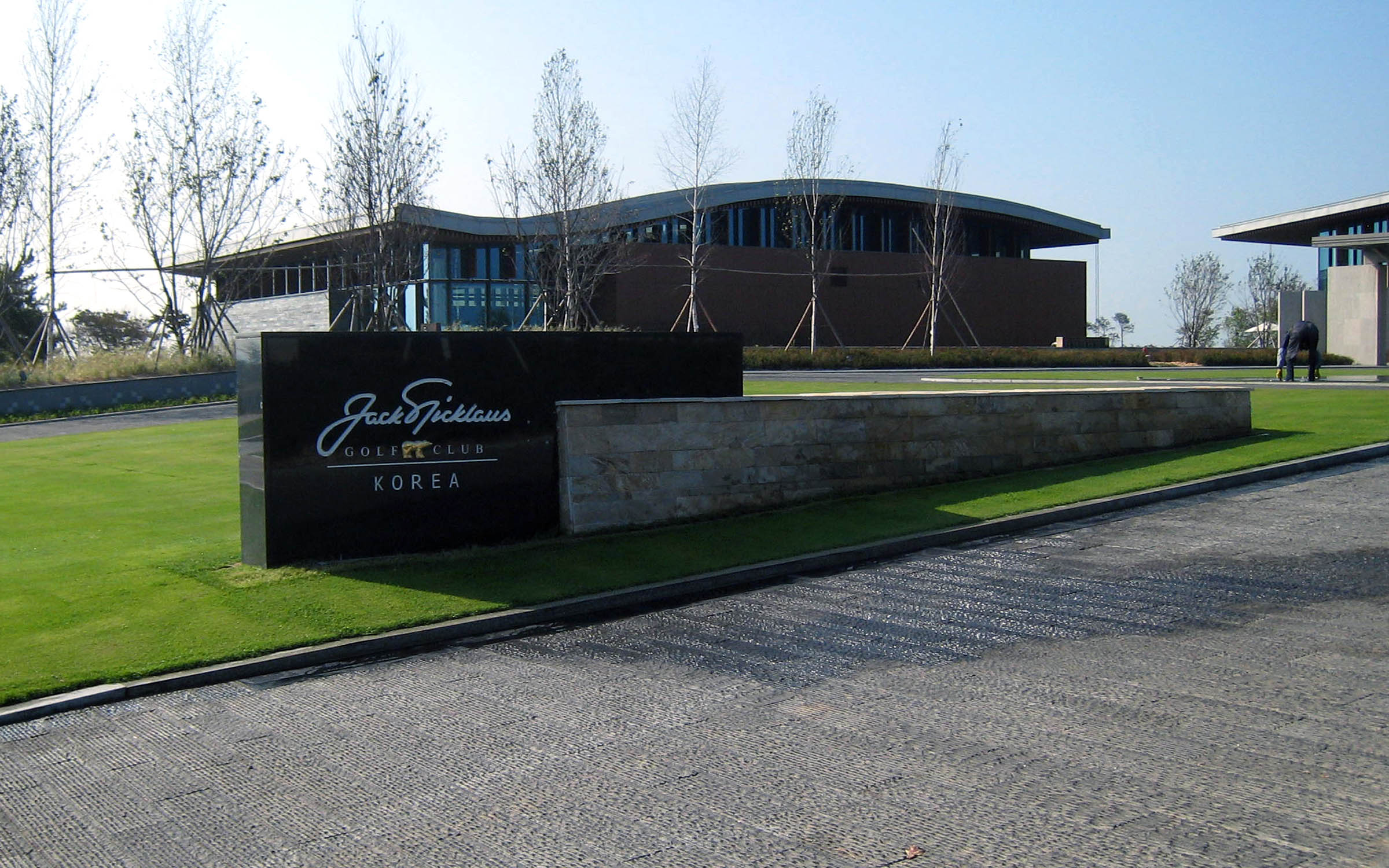 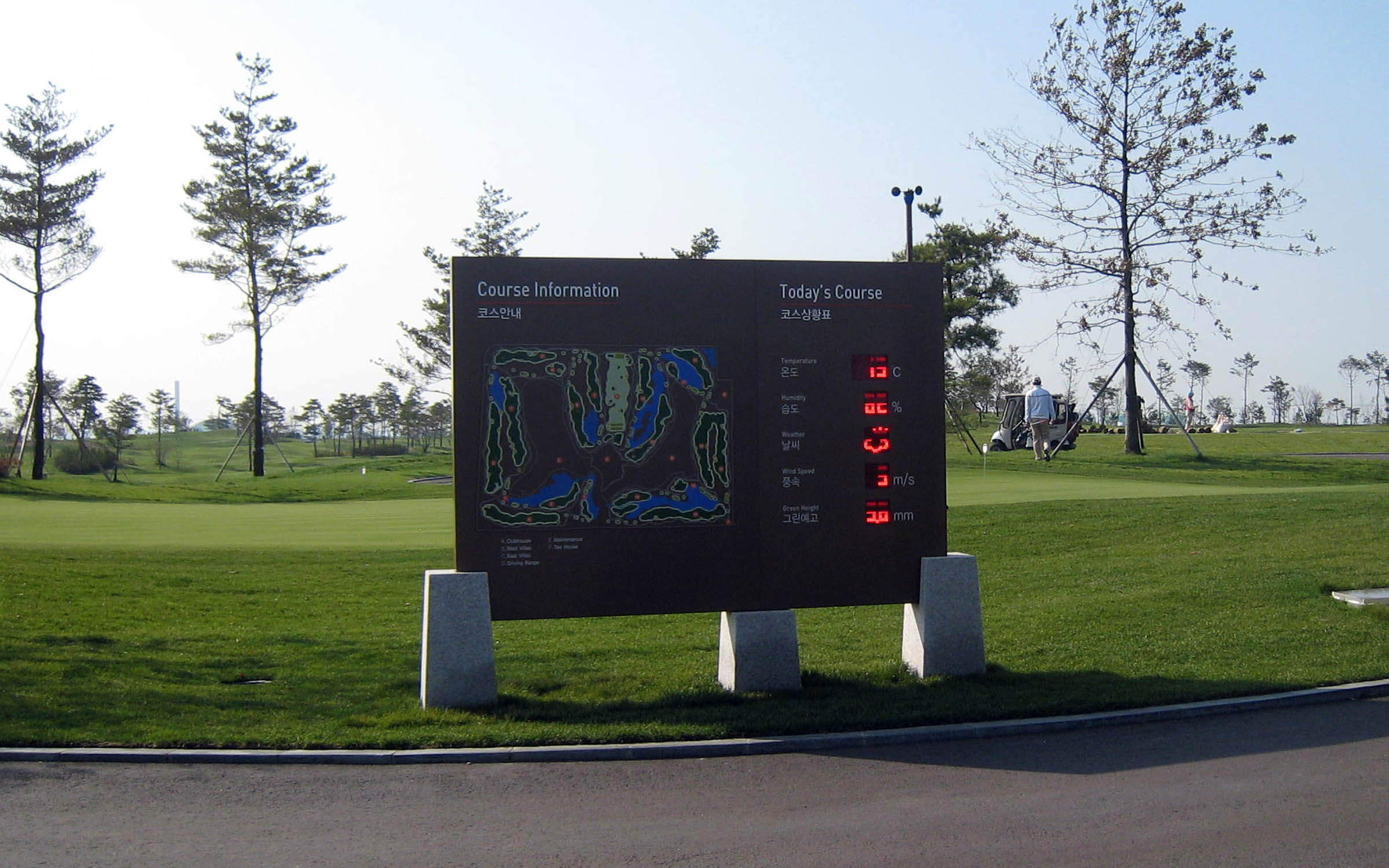 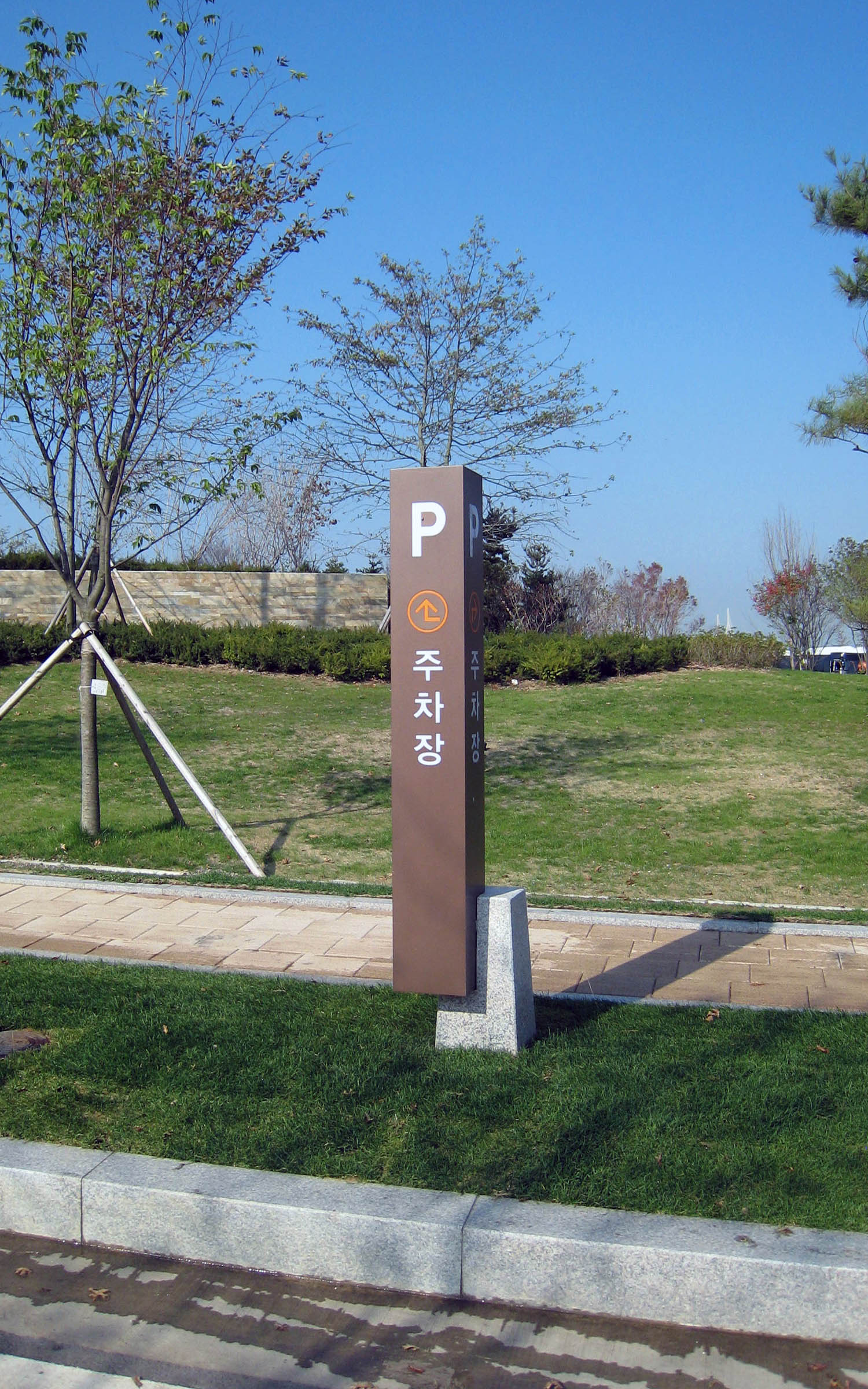 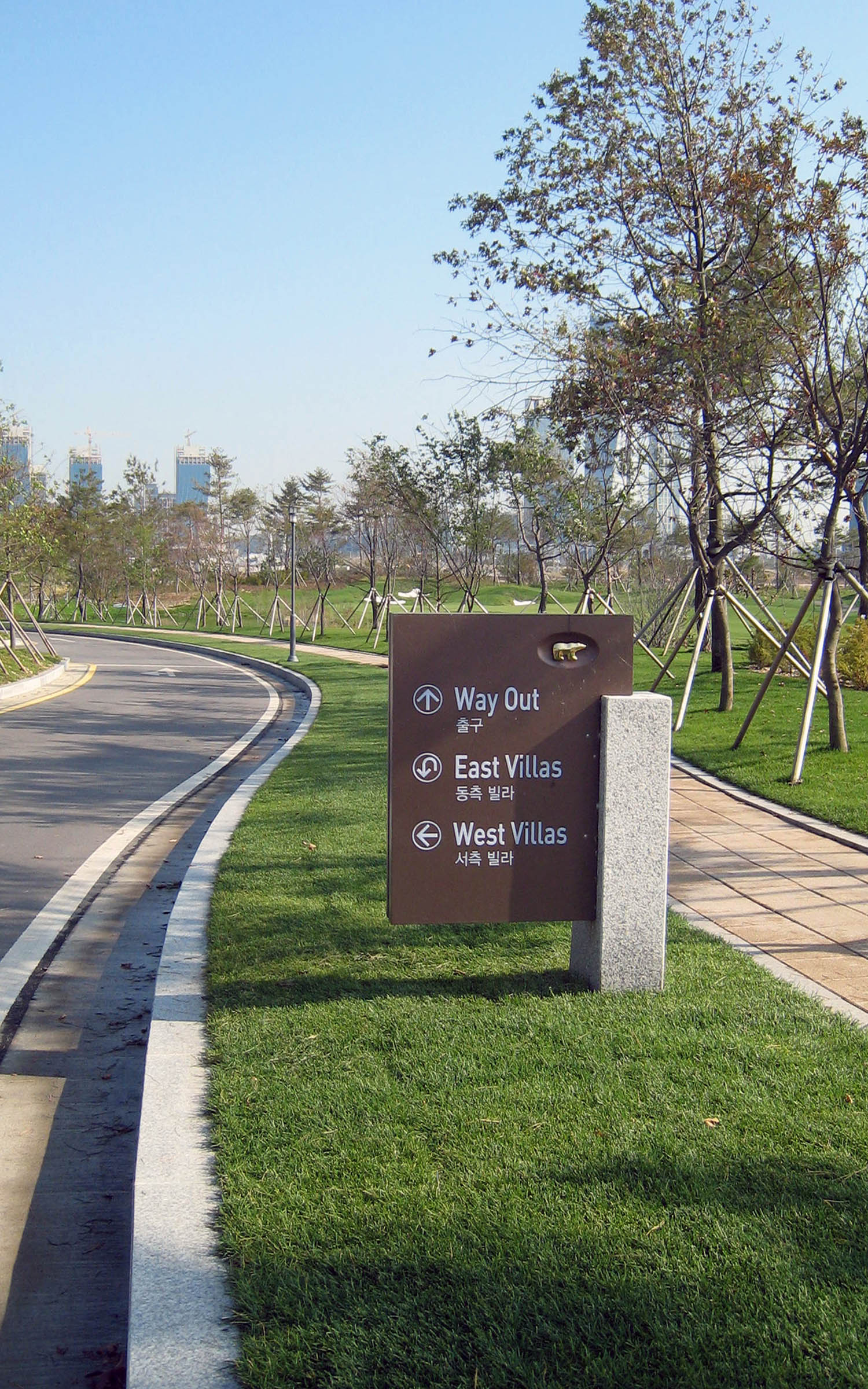 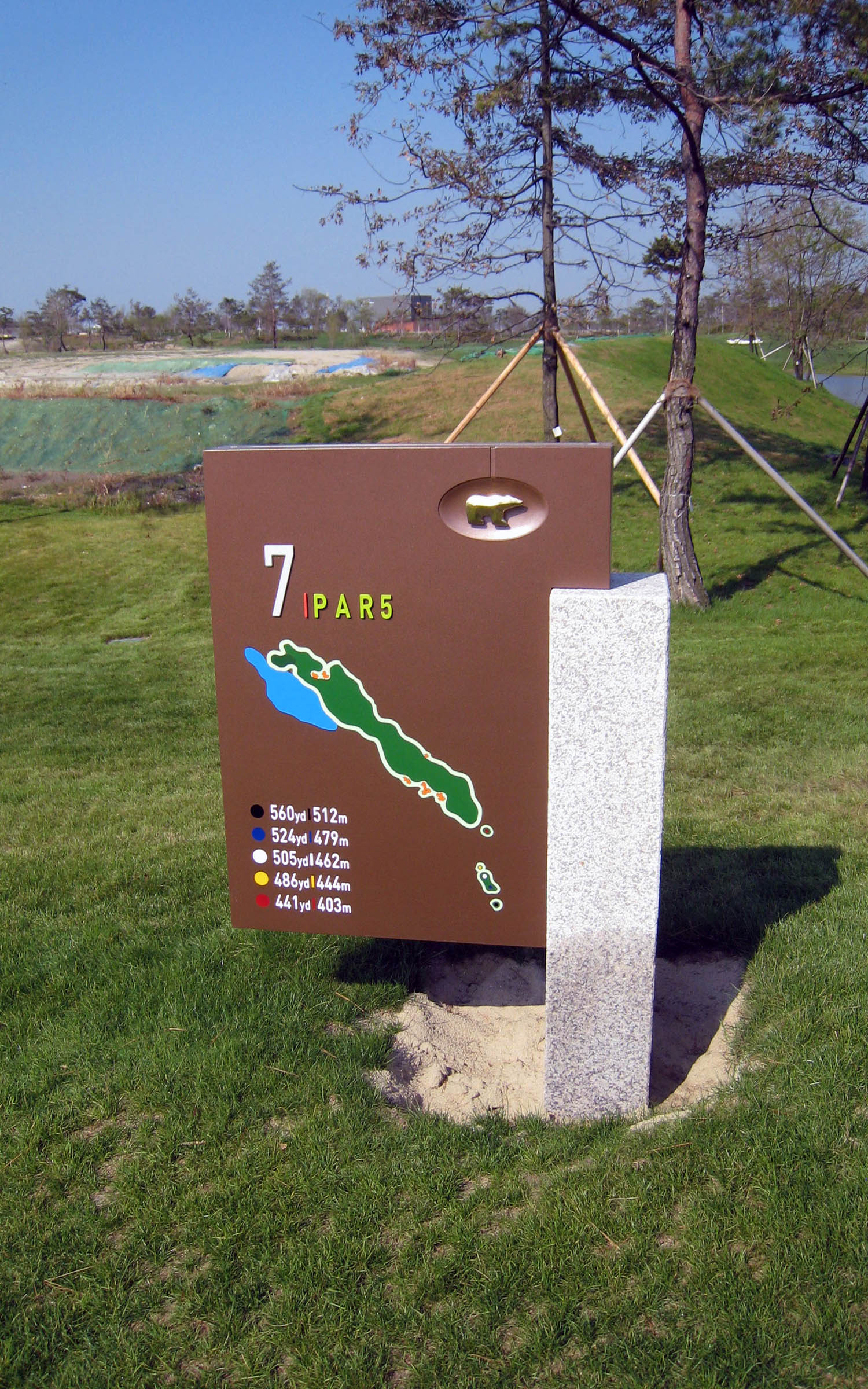